Is It Canceled or Cancelled? 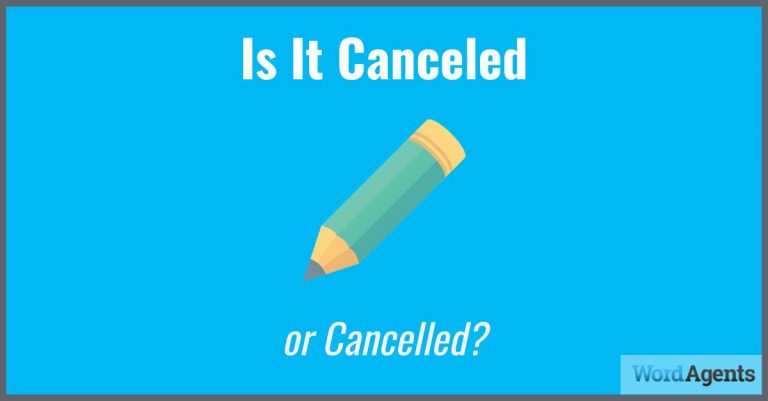 Oscar Wilde once said, “We have really everything in common with America nowadays, except, of course, the language.” The use of canceled or cancelled is one example of the differences we recognize today between American and British English. It’s essential to be aware of these subtleties as they’re common sources of confusion among writers on both sides of the pond.

Noah Webster, Jr., known as the “Father of American Scholarship and Education,” penned the first dictionary published in 1828. It became the foundation of what became American English. And it is the source of the differences that exist today with British English. In a way, the dictionary served as its own symbol of America’s cultural independence from Great Britain.

Part of Webster’s vision was to create an American language, a belief shared by others at the time such as Benjamin Franklin. Webster was a lexicographer who studied vocabulary and the relationships between words. He wanted to simplify the English language by removing what he considered were unneeded letters.

He made numerous changes at the time such as dropping the ‘U’ in words such as honour and colour. Some of his changes caught on immediately. Words like centre became Americanized as center. Webster changed other spellings like going from civilisation to civilization. Other ones he proposed like using tung for tongue, didn’t make the cut.

But it was his initial move to create American English that brought about the dropping of the ‘L’ in cancelled in the 1898 edition of the Merriam-Webster dictionary. The change to the past tense of cancel is interesting given the fact that the word’s origins are from the Latin word, cancellare. Notice the two Ls there.

How to Handle Extra Letters

The chances are that your word processor has a default setting to American English. Therefore, it will catch the British English spellings easily—at least for words like realisation. However, when writing canceled or cancelled, the latter may slip through. The reason is that both spellings persisted for a time well into the 20th century.

Even in the current version of the Merriam-Webster dictionary, you’ll see both spellings. You’re probably wondering what you should do now. While using the cancelled spelling is acceptable for American English, the preferred spelling is canceled, as Webster would have wanted it.

Our advice is to consider your readers. If you’re writing content for an American audience, stick with the preferred Americanized spelling with canceled. Likewise, use cancelled when writing for an international audience. Remember the number of Ls is consistent for each version when using the adjective form or present participle with -ing.

There’s one form of the verb that has stayed true to its Latin roots. Cancellation, the act of canceling, always has two Ls regardless if it is American or British English. There is at least something we can all agree on after all these years. If it’s still confusing, remember the wise words of Oscar Wilde: “The truth is rarely pure and never simple.”