Much Ado About the Oxford Comma 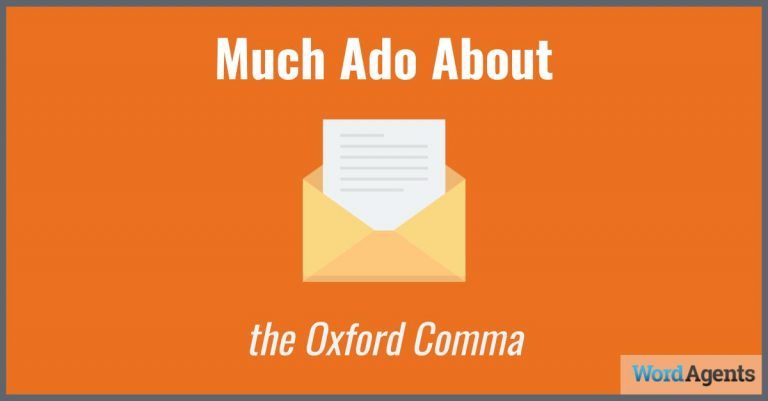 There is probably no grammar subject that stirs emotions quite like the Oxford comma. How many punctuation marks are the subject of a $10 million lawsuit? Recently Maine dairy workers won their case for overtime pay due to the ambiguity in the law because of the lack of an Oxford comma.

What Is the Oxford Comma?

You may not know it by its formal name, but you’ll certainly recognize it in use. Also known as the serial comma, it is the punctuation mark placed in a series of items before the conjunction.

Why Is the Comma Important?

The primary purpose of the Oxford comma is to alleviate confusion. In our first example, it’s pretty clear what I bought. But there are times when it borders on the ambiguous as the Oakhurst Dairy found out with its overtime rules. Let’s use them as an example of the problems that using the serial comma fixes.

The Maine law excludes the following from overtime pay: “The canning, processing, preserving, freezing, drying, marketing, storing, packing for shipment or distribution of products.” The confusion lies with the missing comma after shipment. The intent was that both packing and distribution would be ineligible for the extra pay.

But without the comma, you could interpret it to mean packing for both shipment and distribution. The dairy workers argued that the law didn’t differentiate packing and distribution, so they should be paid overtime for the delivery of the products. The judge agreed, stating, “For want of a comma, we have this case.”

In writing, Americans favor its use while UK residents will omit it. AP style dictates that the serial comma isn’t necessary unless it alleviates confusion. In some cases, you’ll find that it is a judgment call.

Without the comma, a reader may not know if Karen went with two people or four people. Adding it would clear up any confusion.

This sentence is another example of the lack of clarity without the serial comma. As written, a reader might interpret it to mean John’s parents are Father Timothy and Aunt Jane.

The Debate Over the Serial Comma

The Maine case is an extreme example of a lack of a comma gone wrong. Opponents of its use say it conveys nothing to the reader in most cases. Proponents err on the side of caution. Its deletion in writing follows a global trend in the English-speaking world to reduce the amount of punctuation. But why risk creating any confusion?

The bottom line is clarity. Even if you follow the AP style of writing, you should add the serial comma if there is any risk of misinterpretation. Be consistent when using it, but let the context guide your judgment.