There vs Their vs They're: Keeping Them Straight 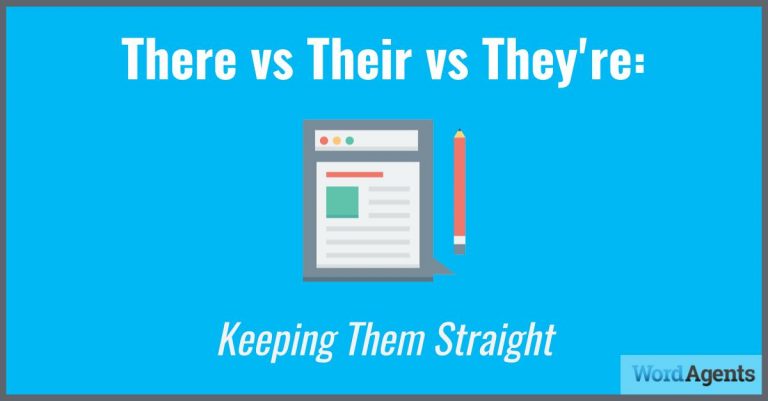 Misuse of these three words is another one of those mistakes that draws a red flag. The three couldn’t be more different in their meanings and uses which makes mistakes stand out so much. And like many others we considered, it’s an error that word processors often fail to catch.

There is a jack-of-all-trades as an adverb, pronoun, noun, adjective or even interjection. Perhaps that’s part of the reason it gets misused. We’re so used to using it in so many ways that it becomes our go-to word.

As an adverb, there identifies a particular place, manner or point in time. You can also use it as a pronoun before the verb and subject. Using there can identify a condition or be used for emphasis as an interjection. Between there vs their vs they’re, you’ll likely use it the most.

Unlike the others, its use is definite. There isn’t any mistaking why it is used and when. Errors often are a matter of being in the wrong place at the wrong time. Don’t fret if it’s shown up in your writing. It’s probably one mistake we’ve all made at some point.

Stopping Errors Before They Occur

One of the problems with there vs their vs they’re is that they all begin with the same three letters. If you have autocomplete enable on your word processor, it’ll likely pick the one you use most often—regardless if it’s the right choice or not. And then, you’re left with that nasty problem of the misspelling breezing past the spellchecker.

If this error turns up a lot in your writing, you should disable autocomplete so that you have that extra split second to consider your word choice as you go. This easy fix will likely catch most errors.

There vs their vs they’re often crop up even in the most polished text. It’s not so much a matter of confusing the words as it is reaching for the familiar one at the time even if it’s not the right one. And it’s another example of the limitations of a spellchecker. Sometimes a thorough read is the best editor you can find.