What Does Sic Mean? 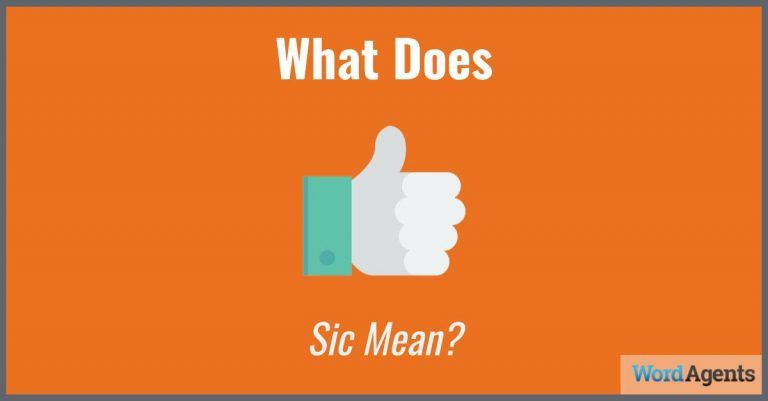 You’re probably most familiar with the common meaning of the word sic as a verb. If you don’t know its other uses, don’t sweat it. The word has an essential place in writing that helps to retain the original intent or context of a piece.

Before we get to the Latin translation, we’ll touch briefly on the other meanings of sic. You may hear the word sic used with a dog, preferably one that can back up its bite with a formidable bite.

If you hail from across the pond in the land of thistle, you’ll know the word, sic, to mean such. Its use goes back to the 14th century. For Americans, this definition will likely be obscure at best. It is the Latin translation that you’ll see most often in text. However, it is not a synonym for sick.

Sic is used to indicate that what has preceded it is intentional as it is written. Its purpose is to acknowledge what may seem like a misspelling or an unusual use of a word or phrase while keeping the original context of the text. It is a flag to the reader that, yes, we know that word is spelled wrong.

It’s important because it adds verisimilitude to the by replicating the speech of the quoted person or passage without any attempt to clean up the language or correct it.

First, there are the mechanics of proper usage. The typical use is to type the misspelled word as-is and follow it immediately with [sic] with the word in italics. Sometimes you’ll see it enclosed in parentheses, but purists would opt for the brackets. Second, there is its correct use as an acknowledgment.

Sic is a handy literary device that allows you to capture the essence of a quotation or passage while still acknowledging an intentional error. When used properly, it ensures that the reader gets the intended meaning from a text to avoid any confusion.